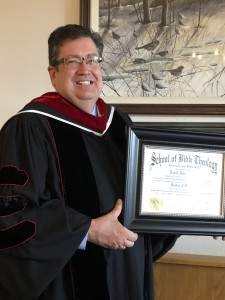 Doc Horton was an ordained bishop with the Church of God (Cleveland, TN) from

1946 until his death in September of 2009.  Rev. Horton pastored several churches in

Georgia and Florida as well as served as the Administrative Bishop (State Overseer) in New Mexico (1960 -66), and Iowa (1966 – 68).  He was an instructor at Kenneth Hagin’s Rhema Bible Training Center (now “College”) from 1980 until 1994. He founded “Doc and Jeri Horton Ministries” in 1994 and traveled and ministered with his wife Jeri around the world until the time of his death in 2009.  While in New Mexico, he founded the Navajo Indian Mission outreach for the Church of God, founding and overseeing over 60 Native American churches across the Navajo reservation. (Note: David got the heart for missions as a young boy accompanying his father across the reservation on numerous trips and events during this time.)

Jeri Horton was and is known as a great prayer intercessor and healing minister. In

1954 she was healed of terminal melanoma cancer, and later gave birth to David, which was another miracle due to the fact that her womb had never properly developed enough to conceive and carry another child.  Jeri has ministered worldwide as well in

churches and conferences, and carries a strong healing anointing.  She is 88 years old and still going strong. After being healed of cancer, Jeri prayed and told God if He would give her a son, she would give him back to God for the ministry. When David was born,

Doc and Jeri Horton dedicated him to the Lord for the Lord’s work.

SOME NOTES ON DAVID’S CALLING TO MINISTRY:

In 1965 in Carlsbad, New Mexico, Evangelist TL Lowery was conducting a tent crusade, and Brother Lowery called David out of the crowd and had him stand on the edge of the platform. He instructed young David to pray, and as he did so, Brother Lowery began to prophecy that “this young man shall some day have a ministry just like mine.”  The seeds to tent evangelism were planted in David at that very moment.

1970 First met and exposed to the ministry of Rev. Kenneth E. Hagin

1975 to 1977 Travelled with Norvel Hayes and received mentoring

1977 Moved to Tulsa, OK to be Kenneth Hagin’s Crusade Organist

1985 – 1995: Co-ministered with NFL Hall of Famer Rosey Grier in “Have A Heart” Crusades in various locations in the USA, which were carried live on Trinity Broadcasting Network.

1996: David and Cherie returned to Tulsa, OK and continued in ministry there through November 2011.

1997 – 2000: David was selected to be the personal prayer partner and on call minister to Randolph A. Hearst, last living son of newspaper magnate William Randolph Hearst

1999: DHM founded Priority One School of Faith and Evangelism in Tulsa, OK

2006: David authored his first book, “Empowerment: Why Every Believer Can Do the Works of Christ”, Tate Publishing, Mustang, OK

2010: David was a night speaker at Hagin’s Campmeeting in Tulsa, OK

2011: David and Cherie’s son, Christopher was killed in action in Afghanistan, was buried with full military honors in Arlington National Cemetary in Washington, DC.

Dec. 05, 2017: Cherie Horton passed away after 35 years of marriage and ministry

February 1, 2018: David became a board member of Praise Him Ministries, Ridgway, Colorado, founded by Victoria Hearst

Music Conservatory:  Cadek Conservatory of Music at the University of Tennessee at Chattanooga, Piano Performance program certificate of completion

Special call and talent on piano and organ, worship leading

Special anointing in area of healing and miracles

Conducted a monthly miracle meeting at Eagle Mountain Church, Ft. Worth, TX for 18 months in a row during the late ’90’s (Kenneth Copeland Ministries).

Preached at numerous Kenneth Hagin Crusades through the years at the invitation of Kenneth E. Hagin.

Preached and ministered to the sick at Rhema’s Campmeeting in 2010 at the invitation of Pastor Kenneth Hagin, Jr.

Ministered all over the nation of Brazil at the invitation of Missionary RR Soares, Grace of God International Church for a period of 7 years

Ministered all over the nation of Peru at the invitation of Missionary and Apostle Jim Andrews since 1994 to present.